A split air conditioning system offers many benefits over a window air conditioner, one being that it is permanently installed in a wall or ceiling. You don't need to install it and then take it back out as the seasons change. Many window units are so large that they need to be braced up from the outside to reduce the risk of them actually falling out of the window, and you avoid this risk with a split system.

A window unit can also allow in drafts from the outside, and they block sunlight that would otherwise come into the room. This too is avoided with a split air condition system.

Split system air conditioning units are much less expensive to install than central units as they don't require ductwork but only simple tubing and electrical wiring. They're also more energy-efficient as they cool just one large room at a time; with a central air conditioning unit you will be cooling the entire home at once, even if you're just sitting in the living room or only need to cool your bedroom at night.

Split systems are also more energy-efficient because central units will always have a heat exchange in the ductwork, making them work harder to maintain a cooler temperature. Split systems don't have this heat exchange in their tubing so they don't need to work as hard to keep the room cooler. For more information, consult with local experts such as Robertson Air Conditioning. 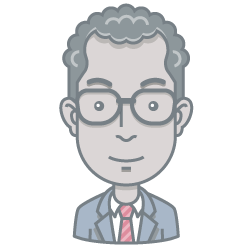